India Squad SA Series – Virat Kohli to be Rested: The Indian squad for forthcoming 5 match T20 Series will be selected on the eve of IPL 2022 Finals in Ahmedabad. The selectors are set to REST former Indian captain Virat Kohli for the South Africa as well as Ireland series – Follow India vs South Africa T20 Series LIVE Updates & IPL 2022 LIVE Updates with InsideSport.IN

The Indian selectors according to sources will try out some of the IPL Performers in both South Africa & Ireland T20 Series. While some seniors including Virat Kohli will be rested.

Umran Malik, Prithvi Shaw will be on selectors radar & are likely to be included in the LINE-UPS for both the series. Abhishek Sharma is another name which will be closely watched in next few IPL Games and can get a chance to play.

Hardik Pandya will make a comeback in Indian line-up.

Virat Kohli to be Rested – Big Concern Area, Inconsistent form of TOP Players: One point that is being hotly debated is whether skipper Rohit Sharma, his deputy KL Rahul and team premier batter Kohli are a right choice for India as TOP 3 going into the T20 World Cup?

All 3 employ pretty similar styles of first settling down and then going for attack.

Rohit since then has changed his approach and has been seen going hammer and tongs although big runs have eluded the India and MI captain. Rohit certainly would like to better his 155 runs from 9 games at a strike-rate of 123.

Kohli’s woeful form has continued for way too long now and 216 runs in 11 games at a lowly strike-rate of 116 is neither indicative of former skipper’s quality nor his caliber.

Rahul is playing the role of an anchor for LSG and with 451 runs at an average of 145, he has been in a league of his own.

However there is a worrying piece of statistics which skipper Rohit and coach Rahul Dravid will have to address before Team India hits the road with some 15-odd T20Is lined up before the World Cup.

The trio has not exactly set the Powerplay (first six overs) on fire.

The numbers clearly show that all three are taking their time in the first six overs. The stat clearly confirms that Indian Selectors is unlikely to persist with Rohit, Rahul & Kohli as top 3 in the Indian line up.

Selectors will now take South Africa and Ireland Series as an opportunity to try out some youngsters.

So what do the experts think about the trio’s batting order?

“These three are indispensable if fit. There is no way that you can leave any of them for the World T20. But yes, if I look at numbers, I might just try someone like Shikhar Dhawan at the opening slot and check Rahul out at No.4. He has a T20 hundred in Manchester some years back in middle-order, so why not, ” Prasad told PTI.

“But yes, I want Virat to take a significant break and before the Asia Cup, he should be fresh, up and running,” Prasad said.

For Gandhi, in a big tournament like the T20 World Cup, he is not too keen on experimentation and does not want to rock the boat.

“These are your proven performers and when they play for India, it is completely different from the roles they have for their franchises. Also when we talk about changes, we should know who are the replacements? Are they good enough and better than those three in pressure scenario during a Pakistan game? You need to factor in, ” Gandhi said.

For Dasgupta, T20 by nature is a game that warrants a different philosophy and guiding principles.

“In Tests or ODIs, we normally find players, check them out and accordingly assign roles to them. In T20, you need to do the reverse. You first decide roles and then fit in players.

“They can still play the trio as number 1, 2 and 3 but there has to be a specific role which they should be told long before the tournament,Dasgupta said.

Asked in case a change is required, Dasgupta feels that Dhawan or Prithvi Shaw should be kept in the set-up and may be tried out if necessary.

A top BCCI Official confirmed to InsideSport that Kohli’s form is being discussed among selectors.

“He is a great servant of Indian cricket. But his form from sometime now is a huge concern now for the national selectors and BCCI ”, confirmed the BCCI Official.

When prodded further, the top board official said that Selectors will deal with the matter.

“See we do not intervene in the selection matters. Selectors have to take call on Virat and others. We can not give our judgment to them. Obviously they are concerned what is happening to him ”, added the official

The Most Popular President in US History ... Ohio Democrat Tim Ryan's Response When Asked if He Wants Biden Campaigning For Him Says it All (VIDEO)

15 Things One Should Know About Their Partner After 6 Months 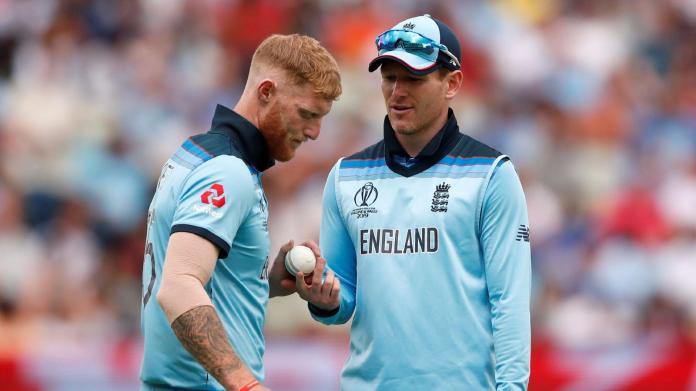