WWE News: Drew McIntyre Talks About His Partnership With Former Rival Randy Orton- Two weeks ago on SmackDown, Riddle played peacemaker and made things all good between Randy Orton and Drew McIntyre. Since then McIntyre and Orton have been in a good space together. The Scottish Warrior is also aligned with RK Bro-to fight off the Bloodline.

“It’s awesome to be back around. Roman Reigns and The Bloodline have been doing incredible things for a couple of years. Literally running the industry when it comes to Roman and for McIntyre to step back into that picture, but also to be side-by-side with Randy and Riddle who have been having the time of their lives this past year, I’ve never seen Randy so happy in the ring and out of the ring. ”

The Original Plan WWE had for RK Bro 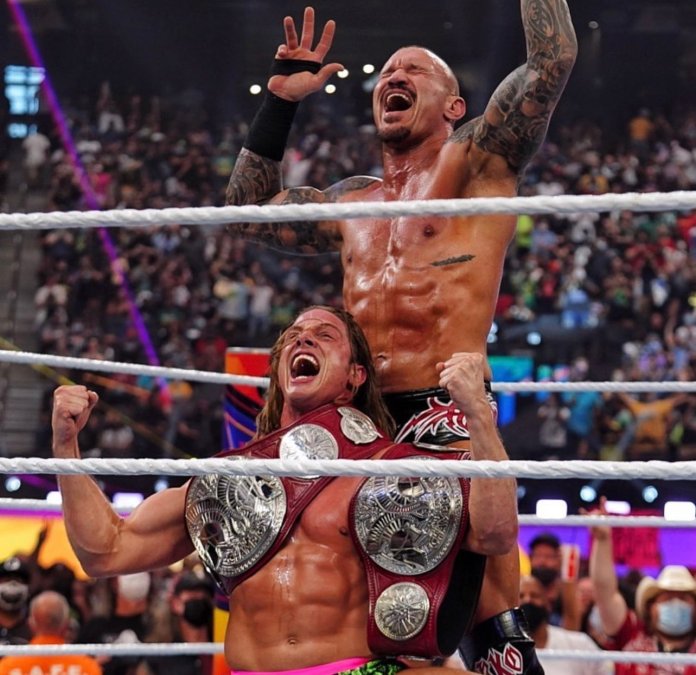 WWE News: Drew McIntyre Talks About His Partnership With Former Rival Randy Orton- In a surprising turn of events, Famous wrestling journalist Dave Meltzer revealed the title unification match was never in the plans for the WWE.

“The little bit we do know is that the six-man tag match was always the planned match. There was never a plan to do the unification match. So while most feel this was the usual weekly plan changed, it was not. That also explains why last week nobody would confirm Reigns vs. McIntyre to me, only that Reigns would be in the main event. ”

This six-man tag team match will be the base for a huge Roman Reigns vs Drew McIntyre rivalry. McIntyre will surely soon be the next challenger for the Undisputed Championship.