In the next match, we had Madcap Moss and Happy Corbin in a one-on-one match. Happy Corbin gave a dominating start in the match. He attacked Moss with brutal strikes and moves. Both men were furious against each other, smashing each other to death.

However, Madcap Moss picked up his pace attacking Corbin. With explosive power, Madcap tried to keep Corbin on the ground. But Corbin countered Moss to get back in the match. He delivered deep-six to Moss and covered him for the pin, but Moss kicked out.

With growing frustration on Corbin’s face, he thought about bringing Madcap Moss to the end. Eventually, Corbin tried to attack Madcap Moss once again, but Moss reversed it with a sense flip pin to win the match.

The match continued on the ringside where Charlotte and Ronda fought hard. Charlotte smashed Ronda on the announce table with a big boot and brought the kendo stick to beat Ronda, but Ronda countered it. Later, both women fought in the middle of the WWE Universe smashing each other. 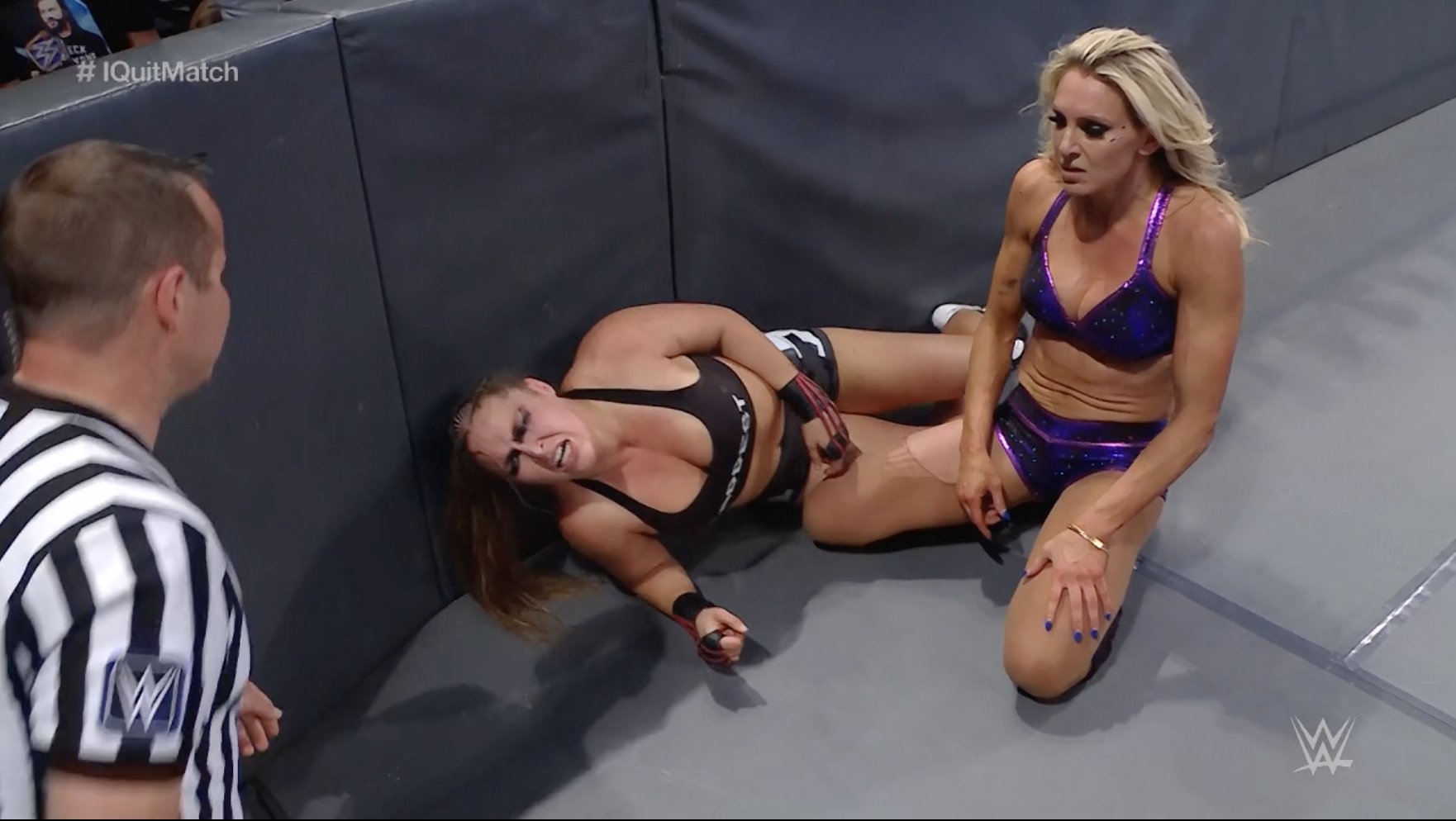 Congrats Ronda. WHAT A MATCH.

Charlotte Flair tried her best to avoid saying “I Quit” but Ronda almost ripped her arm apart which forced her to say “I Quit”. With Charlotte’s “I Quit” words, the match ended with Ronda Rousey’s victory and becoming the new SmackDown Women’s Champion.

Edge Defeats AJ Styles: In the next match, we had the Rated R Superstar Edge and The Phenomenal AJ Styles. Both men fought once again after WrestleMania 38 to settle their heated rivalry. AJ Styles fired his first shot on Edge. Styles gave a great start to the match with consecutive strikes. However, Edge rolled up to avoid Styles, but the Phenomenal delivered a moon sault on Edge.

Further, Styles tried to deliver the phenomenal forearm but Edge counters it with a kick. The Hall of Famer took control of the match and he targeted Styles’ injured shoulder. Edge smashed the former WWE Champion on the steel stair targeting his injured shoulder. The match continues to lean towards Edge, but Styles stood tall against the Rated R Superstar.

Styles went furious and continued his assault on Edge. WWE Universe witnessed AJ Styles and Edge on the top rope where Styles delivered the hurricane. But Edge kicked out the pin cover. Meanwhile, Edge caught AJ Styles in a submission attack, but Styles counters him with a calf crusher. The match continued, with both men attacking each other vigorously.

Soon, Styles delivered the Styles Clash, but Edge kicked out. However, Styles does not lose hope and climbed the top rope. Meanwhile, Damian Preist arrived at the ringside and later on gets involved with Finn Balor. But, a mystery person pushed Styles during the referee’s distraction, allowing Edge to secure his win with a submission hold. 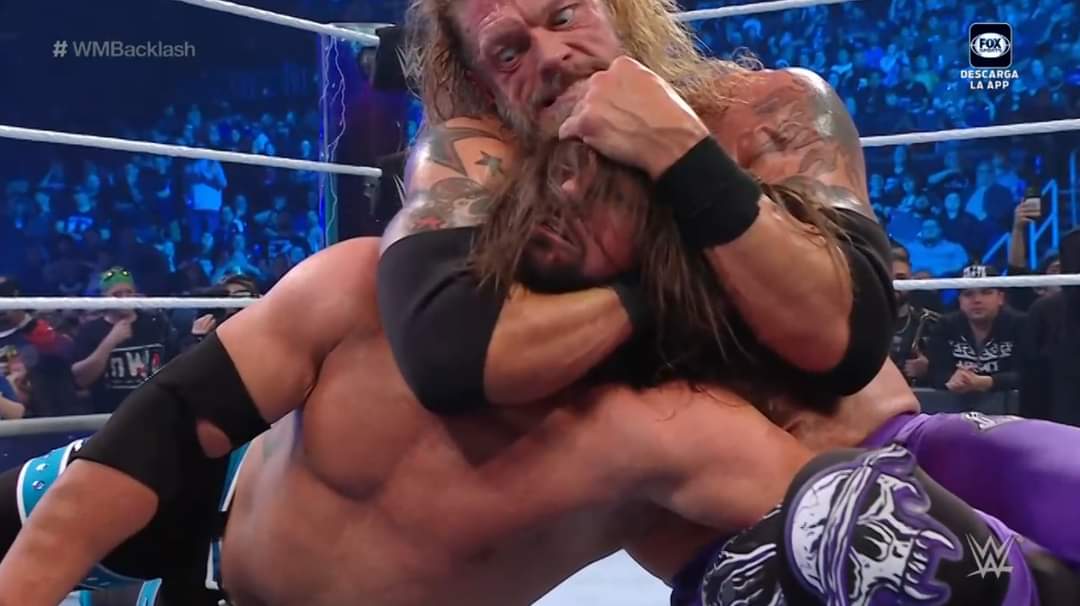 After the match, the mystery person to aid Edge was revealed to be no other than Rhea Ripley herself. A new member for Judgment Day.

Omos Defeats Bobby Lashley: In the next match at WrestleMania Backlash, we had the ‘Nigerian Giant’ Omos and ‘The Almighty’ Bobby Lashley. Bobby Lashley gave a great dominating Omos, but MVP distracted Lashley. The match turned towards Omos as he took control of the match. 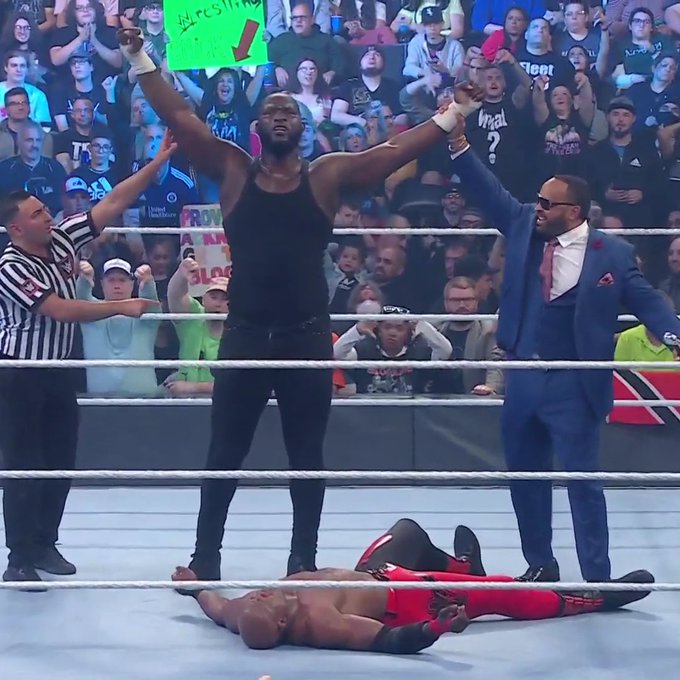 Later, Lashley caught Omos in the Hurt Lock to finish the match. Omos was caught in the vicious Hurt Lock, but he escapes it. The match continued with Lashley’s assault on Omos but the Colossal drove him into the corner. With the referee distracted, MVP hit the Almighty with his stick winning the match for Omos.

Cody Rhodes Defeats Seth Rollins: WrestleMania Backlash kicked off with a WrestleMania rematch between Cody Rhodes and Seth Rollins. The bell rang and both men stared at each other. Rollins played his dirty tricks on The American Nightmare disrespecting him. Cody backfires on him, but Rollins rolls out to avoid Rhodes’ attacks.

Seth Rollins took the fight on the ringside to deal more damage to Cody. Both men fought vigorously and smash each other. Further, Rhodes tried a running attack on Rollins, but the Visionary countered him with a clothesline. The fight continued in the ring and Cody Rhodes hit a disaster kick with a pin cover, but Rollins kicked out.

Once again, Seth Rollins took control of the match with a sleeper hold submission lock on Rhodes. Both men took pace and try the roll-up pin but no one was successful to win the match. Frustrations grow on Seth Freakin’s Rollins’ face. Soon, both men got engaged in consecutive blows to one another. Although Seth Rollins was one step ahead in the match, he could not stop the American Nightmare.

Seth Rollins tries to get his momentum back when Cody hit a Cody cutter. Meanwhile, Rollins picked up his momentum with consecutive kicks, ending with a falcon arrow. Later, Rollins buckle bombs Rhodes and took cover to pin him but Cody Rhodes kicked it. Further, Rolins tries to go airborne, but Cody Rhodes delivered the Cross Rhodes to finish. But Rollins took the aid of the ropes. 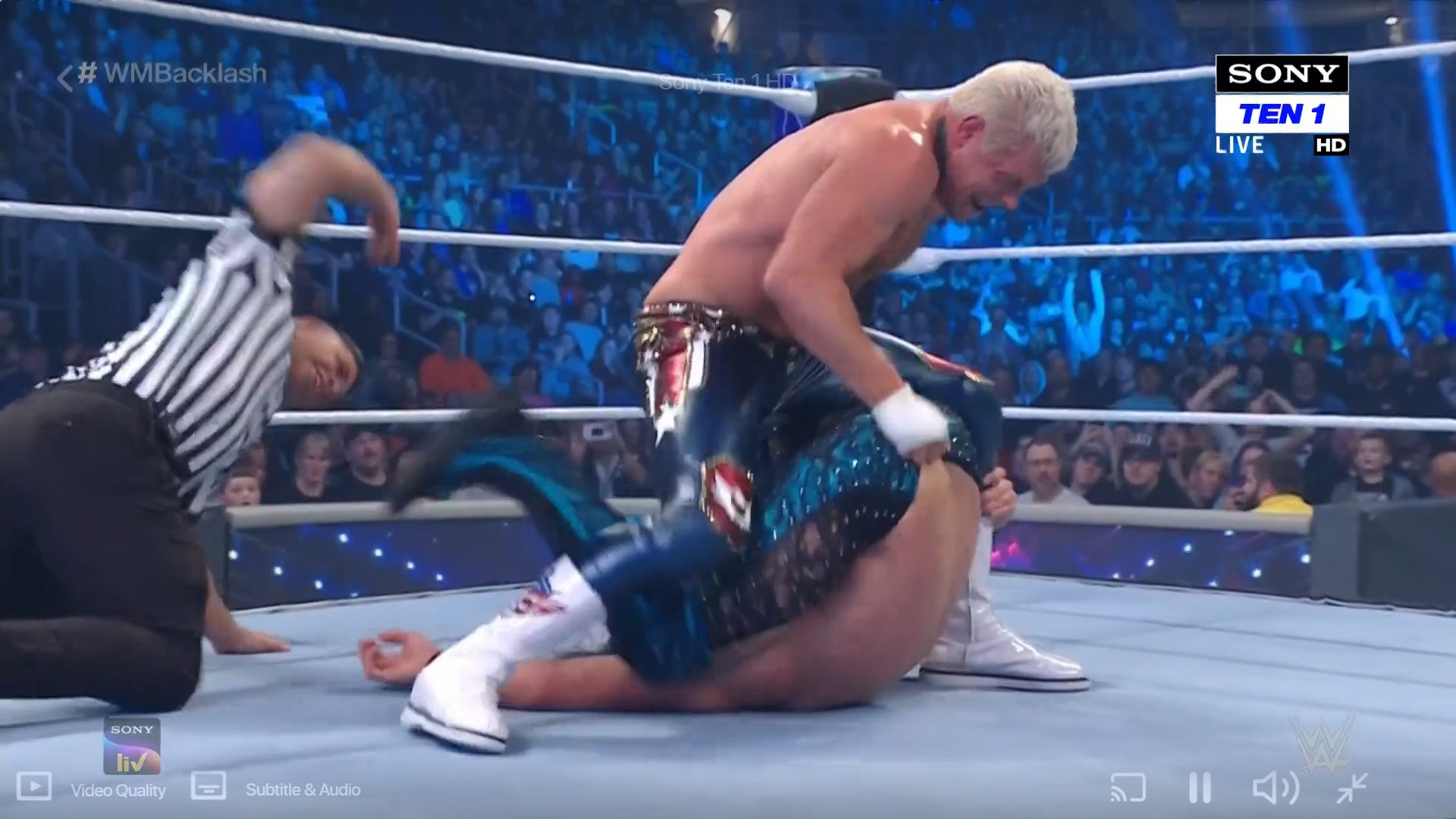 The fight continued with more aggression when Cody Rhodes tries to go airborne, but Seth Rollins caught him in a pedigree. Both men continued their fight with consecutive roll-up pins, and Rhodes caught Rollins in a roll-up pin to win the match.

Young South Korean's Are Dreading the Return of Hoesik

When and how to watch Women’s T20 Challenge