WWE News and Rumors: Is WWE Really Planning to Unify the Tag Team Titles? At WrestleMania Backlash, RK-Bro competed in a six-man tag team match alongside Drew McIntyre against The Bloodline. Although RK-Bro gave their best to slay The Bloodline, they failed to win the match. However, RK-Bro has not lost its confidence in defeating The Usos.

RK-Bro revealed they want to defeat the Usos for the SmackDown Tag Team Titles and become the unified champions. Eventually, they opened up about their upcoming appearance on Friday Night SmackDown to confront the Tribal Chief themselves and ask for the Tag Team unification match. The Raw Tag Team Champions also said that if Roman Reigns does not allow his cousins ​​for a title unification match, then they are cowards.

Meanwhile, The Street Profits interrupted RK-Bro, who showed the same interest in becoming the unified champions. Eventually, both teams had a match on Raw, which resulted in RK-Bro’s victory retaining their title.

THIS FRIDAY on #SmackDown

On the upcoming episode of Friday Night SmackDown, RK-Bro will appear on SmackDown to seek their title unification match against The Usos.

WWE News and Rumors: Will RK-Bro and The Usos actually fight in a tag team title unification match?

Earlier, WWE scheduled RK-Bro to compete in a tag team unification match against The Usos at WrestleMania Backlash. However, it did not happen. But now, it seems WWE is really trying to push the tag team title unification match further. 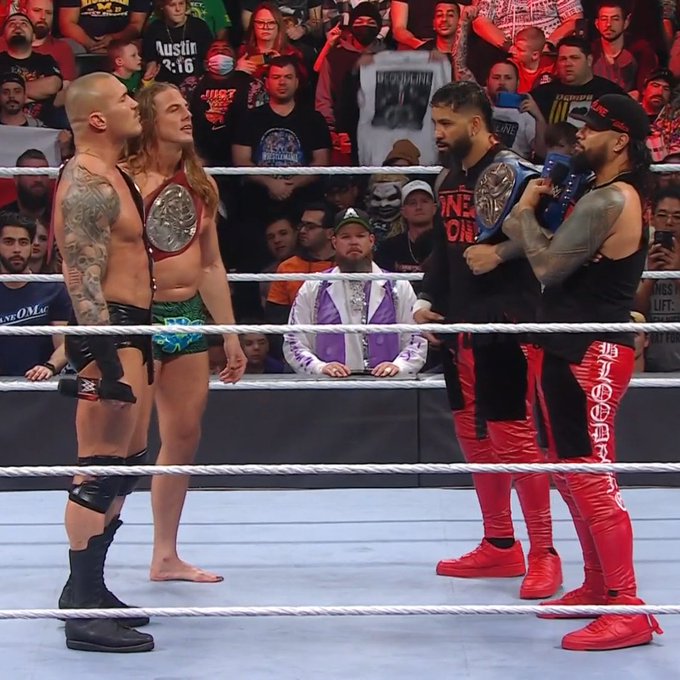 According to reports, there are no current plans planned for the latter to compete against the SmackDown Tag Team Champions. Earlier, reports claimed WWE is not ending the brand split and they have no intentions to unify the tag team titles. Also, Vince McMahon did not have the interest to do so. But, many WWE officials revealed Vince McMahon’s mind change.

Currently, the upcoming Premium Live Event is Hell in the Cell, which is scheduled for Sunday, June 5 in Chicago. As noted earlier, RK-Bro will head to talk about the title unification match on Friday Night SmackDown.